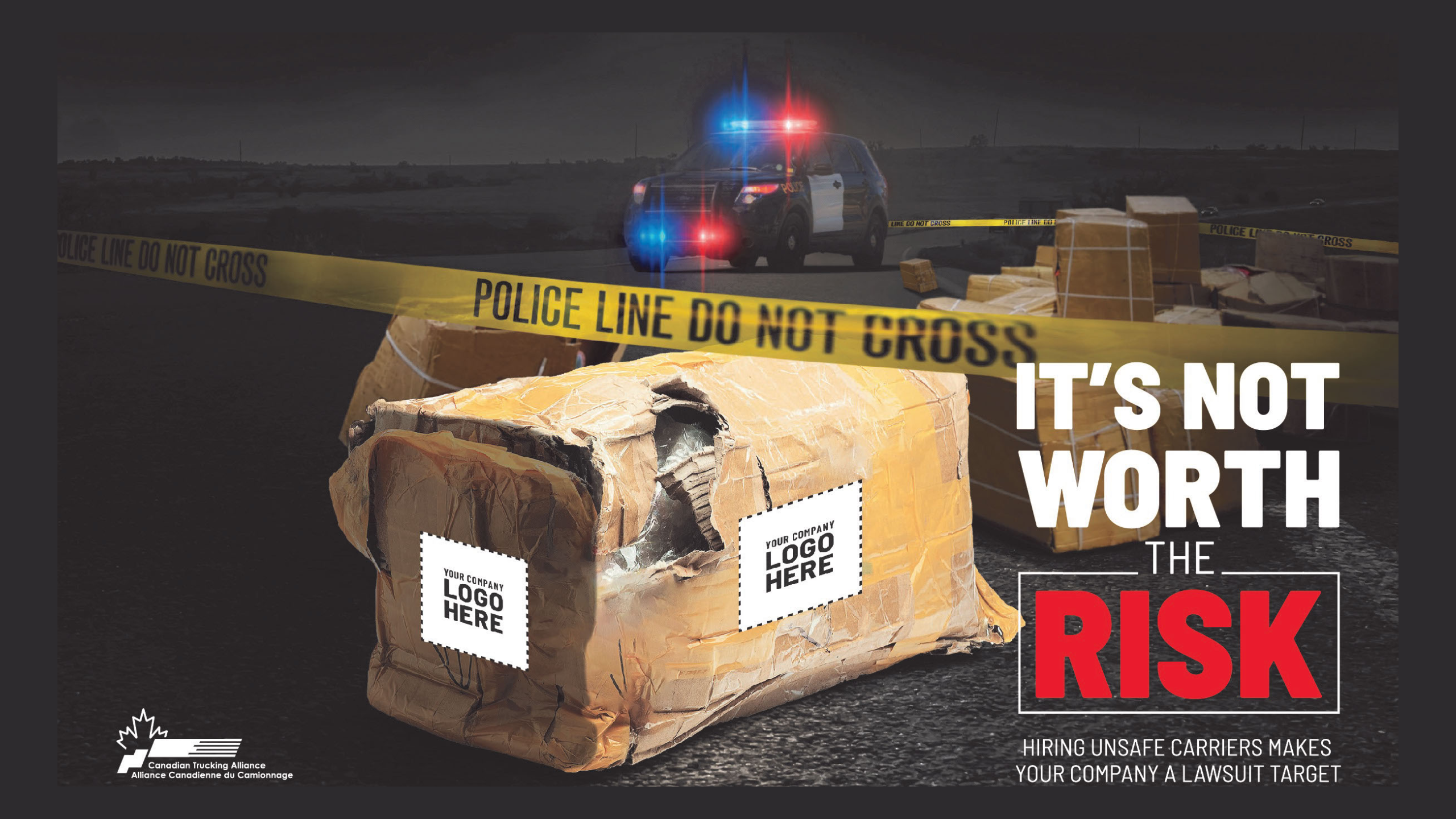 For over five years, the Canadian Trucking Alliance (CTA) has been calling for action on a tax and labour scheme that has emerged in the trucking industry. Known as Driver Inc, this scheme radically breaks with both the traditional employee and owner-operator models. This practice opens the door to the possibility of widespread tax evasion and allows companies to sidestep the Canada Labour Code and all the rights and entitlements afforded to employees. This includes many of the Federal Government’s signature initiative such as new paid medical leave provisions expected to be implemented before the end of the year.

It is estimated that this scheme sees the siphoning away of over $1 billion a year in tax revenues from vital Canadian services and infrastructure, with that lost tax revenue being funneled into the underground economy. As a result, Driver Inc. has produced an uneven playing field in the trucking industry as it puts labour and tax compliant companies at a severe competitive disadvantage.

CTA and the trucking industry have launched its largest push to date to let the Government and the Canadian public know what is happening in the sector. Through a coordinated social media and public relations campaign, the goal of this effort is to draw attention to the issue and the abuse that is taking place.

“As CTA has been warning, the industry is approaching the point of no return as upwards of 25 percent of the industry is estimated to be involved in some form of the Driver Inc. scheme already. Without committed action by the end of the year, this model will likely become solidified as the dominant employment practice as the Government moves ahead with the implementation of Bill C-3 – Paid Medical Leave and other planned Labour Code reforms, which Driver Inc. companies claim do not apply to them,” said Stephen Laskowski, president of the CTA.

To date, the federal government has fallen short on its commitment to end the Driver Inc. scheme since Minister Hajdu, then Minister of Labour, committed to take action in 2018. Since that time, federal Minister of Labour, Seamus O’Regan, has also publicly acknowledged the problem in the House of Commons. However, nearly four years later, much more still needs to be done:

“Driver Inc. companies have built their businesses on dodging some or all these essential responsibilities and all we are asking of governments at all levels is to do the right thing and to enforce the laws they already have on the books,” said Laskowski.

As part of this new campaign, a new website has been developed to help educate the public and elected officials about the Driver Inc. scheme, its impacts, and how we can all work together to ensure integrity and resilience is brought back to Canada’s supply chain. To learn more, visit stopdriverinc.ca or stopponschauffeurinc.ca.

CTA encourages all concerned Canadians to reach out to their elected officials and to let them know this kind of abuse should no longer be tolerated by the Government of Canada. To download and share copies of the campaign’s social media images and messages through your social media platforms, click here.