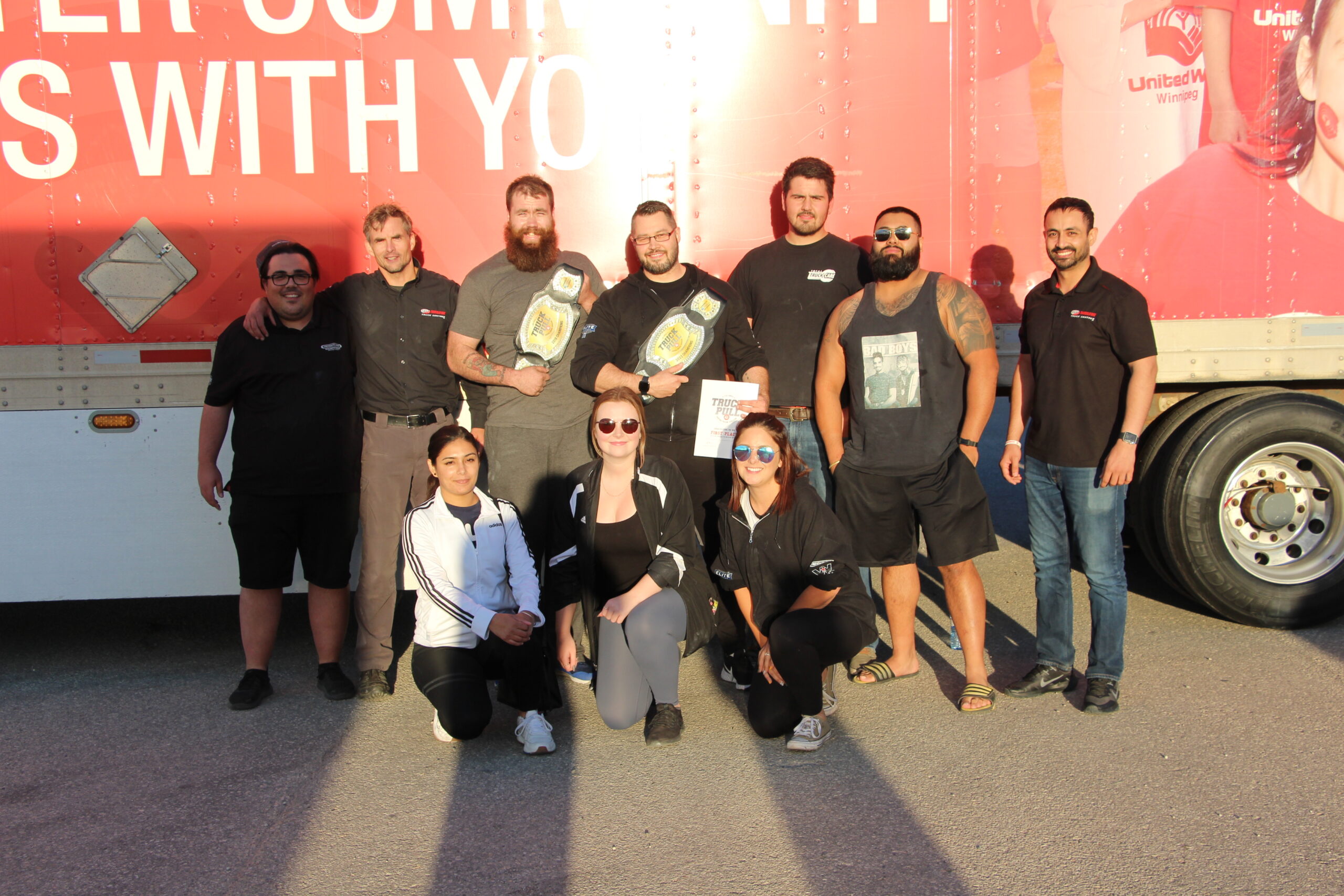 Members of the Manitoba Trucking Association welcomed the return of in-person activities for National Trucking Week with open arms!

Tuesday’s activities included the distribution of scholarships for both academic and apprenticeship award recipients. Annually, the Manitoba Trucking Association gives $16,000 in scholarships to deserving young Manitobans.

Wednesday marked the Vehicle Maintenance Council Golf Tournament.  One hundred golfers enjoyed the sunny day on the links at Bridges Golf Course in Starbuck.  This event, which raises money for the scholarship fund, was followed by a networking reception.

Thursday marked the Driver Appreciation Barbecue at the Headingley and Emerson weigh scales.  Starting at 10:00 a.m., almost 800 burgers were handed out to drivers, along with drinks, chips, and other goodies.

Friday was the Truck Pull for United Way, the first time this event has been held since 2019.  Congratulations to the Transolutions Truck Centres team on their first place showing among twelve teams, pulling the first fully electric straight truck in Manitoba 125 feet in 14.1 seconds.  After tying for second place in the first round, Maxim Truck and Trailer emerged as the second place winners with a time of 15.33 seconds, followed closely by Bison Transport with 15.64 seconds.  Almost $10,000 was raised for the United Way Winnipeg through this event.

While National Trucking Week may be wrapped up, the next event is the Special Olympics Manitoba Truck Ride is scheduled for September 17.  Hosted at the TC Energy Centre in Ile des Chenes, this event is always a favourite among Manitoba’s trucking industry members.  More information about this event can be found at www.trucking.mb.ca/event/special-olympics-manitoba-truck-ride/ 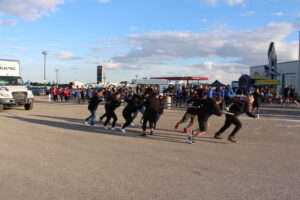 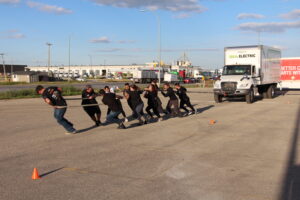 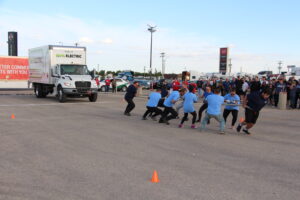