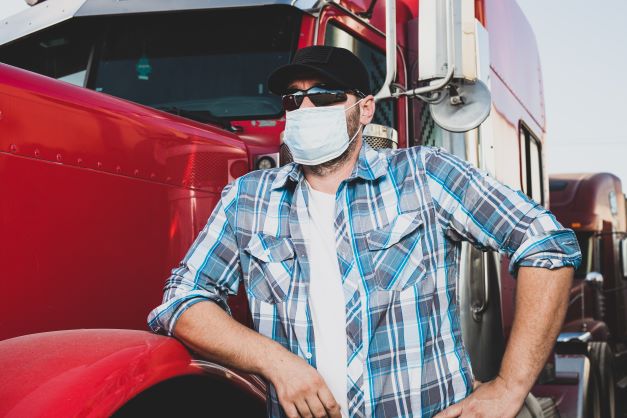 The Canadian Trucking Alliance continues to engage the governments of Canada and the U.S. in the hope they would reconsider current plans to mandate vaccinations in January for cross-border and domestic Canadian truck drivers.

The cross-border mandate as proposed by the Government of Canada is slated to come into force on Jan 15, 2022; while the US cross-border mandate is rumoured to come into effect on January 22, 2022. Meanwhile, Ottawa also announced a mandate for all federally regulated workers, including essential workers like truck drivers. Details on the domestic mandate are yet to be released.

To date, there is still no official information on the enforcement of any of these mandates from either government and neither has indicated a change in their plans.

CTA and its members have initiated discussions with governments, warning them of the economic impact on North American and Canadian supply chains from the individual mandates, and, even more concerning, if they are implemented simultaneously within weeks of each other.

Canadians and Americans are already experiencing disruptions in receiving goods and the removal of 10 to 20 percent more Canadian drivers – or more in some areas – will only make matters worse.

The Governments of Canada and U.S. have received data from CTA and listened to testimonials from trucking company operators, manufacturers and retailers on how the mandates will exacerbate the acute driver shortage, further stressing an already beleaguered supply chain already suffering from disruptions.

While the supply chain awaits official word on implementation of these mandates, CTA is urging the Governments of Canada and the U.S. to remain at the table and continue working with the trucking industry and key members of the supply chain on both sides of the border to determine a more feasible policy and implementation dates that would be less harmful to the economies and consumers of both countries.

CTA is also requesting the Government of Canada maintain the exempt status for the trucking industry, domestically, as was granted in the summer of 2021. The reasoning for the exemption is even more pronounced now, in December 2021. Should the Government of Canada proceed with a mandate on trucking, the implementation period needs to be at least 12 months and drivers, mechanics and those working outside should be exempt.

Although CTA strongly supports vaccines to curb the spread of the pandemic and is proud of vaccination rates within the industry that mirror or exceed Canadian averages, the truth is that even a modest erosion of the current truck driver pool – which is short nearly 20,000 drivers – would severely impact various sectors across Canada.

The Canadian trucking industry is a sector that has worked diligently and safely throughout the pandemic. Due to the nature of its operations, the industry – and truck drivers, in particular – showed very little or no transmission of COVID-19 within the workplace. While many fleets are at above the provincial or regional vaccination averages, many fleets have vaccination rates that reflect the regions they operate in.

CTA will continue to update the industry on government decisions regarding these measures.